Ok every hardcore band currently in existence, I’m afraid I have some bad news for you. The bad news is called Vacant Company. Unfortunately for you they have raised the bar just a tad. You’re all going to have to regroup and come up with something better now. Hey, that’s just the way it goes. Sometimes you get schooled. Let this be a lesson to you. Your best bet is to study this album, listen to it day in and day out; While you make breakfast, while you drive in your car, and while you sleep at night. Then try to (and good fucking luck with this) come up with something of your own that is on the same level. It’s not your fault this band is just trailblazing your asses, but that’s the reality you now have to live with. Don’t be discouraged. Don’t give up. You can do this. I believe in  a very small few of you.

Dim – It Feels Like Home [Buy it on Amazon]

The lessons just keep on coming don’t they? Here you go fledgling screamo bands, this is your homework. Listen to it a lot. Commit it to memory. Take careful notes and practice practice practice. Maybe someday you yourself will put out something this goddamn brilliant. I’m not going to sugar coat this for you. You probably do suck a lot, but maybe, just maybe you have what it takes. And by ‘what it takes’ I mean Dim. Dim the band, not the mental misalignment or lack of lighting. Is this emo at it’s screamiest? No, it is not. Is it Screamo at it’s emoiest? I don’t think so. This is what you call warm porridge. What a stupid word porridge is. Porridge. Say it, porridge. It’s starting to sound like a Descendents song. Wait, Is that a Descendents song? 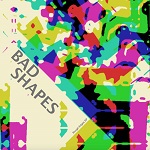 Incredible lyrics go a long way towards making me love a band. I’ll even forgive some pretty awful musicianship in lieu of some quality wordsmithery. This album is not an example of that. This is one of those scattered-chance situations where you have both worlds colliding like two sides of a zipper, thus closing the jacket of perfection.. What in holy hell am I typing right now? Sorry about that. I thought I had something. You get the idea though right? This is a really good little EP. Actually it’s not that little; these are some pretty hefty songs. One of them has what appears (can things appear sonically?) to be voice clips of alien encounter anecdotes. I mean damn. I bet aliens can appear sonically. If you live in Philadelphia you would be remiss to not see this band play live. I’m jealous that you even have the opportunity to do so. I can sense how mind-blasting this would be in person. Listen, you’re just a fool if you don’t go to their next show pal. Unless it’s on a weeknight. If it’s on a weeknight you should probably just stay home and get to bed at a decent time. I’m ok with that.

Special Moves – July
I don’t know about you, but I like my lo-fi vocals super fuzzy and extra squealy. No, seriously I do. It’s Frederic Chopin to my ears. I heard an interview with Vinnie Stigma on Turned Out A Punk once and he was talking about how punk rock made him a lover of awful vocals, and how he often judges a band by how crappy the singer is. The worse the voice the better. I tend to operate under that same logic. Don’t get me wrong, I love the voices of people like Lauryn Hill and Percy Sledge, but I’ll take Ron Reyes or Milo Aukerman all day over some pretty singer. Adele can go to uh-hell! Anyway, so if the singer for Special Moves is reading this right now, he’s either nodding his head in agreement, or he’s just had an awakening from years of denial. Sorry pal, your voice is trash, and by trash I mean solid gold! Everyone should support Reflective Tapes by the way. They’re putting out so many rad cassettes. Get this and put it in your ghetto blaster. 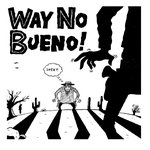 Way No Bueno – Self Titled
If punk rock is an aquarium (and I’m almost certain it is), then these lads are the catfish. I’m not trying to imply that Way No Bueno are a bottom feeding band by the way. I just mean their music sounds a lot like how catfish probably tastes. I’ve never actually had the privilege of eating a catfish (I live in salmon country) but I’m assuming it’s as sweet and tender as these tunes are. A little bit greasy too, but hey, grease has important vitamins in it. I’m pretty sure it’s high in vitamin L. There’s no need to fact-check me on this. Haha relax, I know what I’m talking about. Isn’t it weird how British people say ‘vitamin’? There’s that one Big Audio Dynamite song where Mickey Jones keeps saying “Gimme another hit of vitimin C” over and over. Like he says it about 400 times in that song and by the end of it you’re almost convinced that maybe you should start pronouncing it that way. Almost, but then you remember Mick Jones was kicked out of the Clash for a reason; He was a mole for the Queen. Again, no fact-checking please.

ENDNOTES:
Hey thanks for reading. I hope you found something you liked. I’m trying to make this your favourite new music resource. This is where you’re going to find the weird bands you’ve never heard of. The ones hiding deep inside the internet that your algorithms can’t locate. Please tell your friends and stay tuned! You never know what I might dig up next. Also, be sure to check out the Scrap Heap for loads of great bands that didn’t make the top five. Ok bye!
-Steve Doesnt