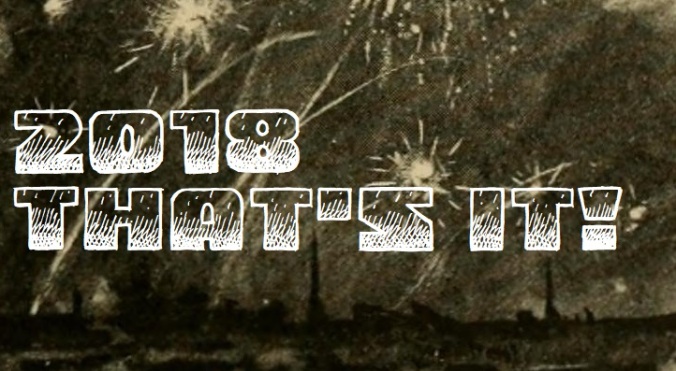 Another year has come and gone, oh gawd. The earth thawed, I got engaged, the leaves got green, the air got warm, I drove to California, my car broke down, I drove back, my car broke down again, my province burned down, then it cooled off, the leaves turned brown and died and fell to the ground and, along with my spirit, those leaves turned into a dirty brown pulp, it rained, it rained, a new niece was born and it rained. Now it’s all over, and if you’re wondering what I did in between all that, you’re looking at it. I spent probably 4 hours each day listening to new releases. The ones that don’t get a lot of exposure. The ones that get lost in the shit-storm that is new music in 2018. I’m trying guys, I’m trying to find the good stuff. It’s hard, but it’s worth it. There’s A LOT of music to go digging though, but I hope I’ve brought a tiny bit of a spotlight on to these bands because, in my opinion (and hopefully yours too), they deserve some recognition. I wish all of you music nerds luck in finding something you truly treasure in this list. I hope The Doesn’t Suck is becoming a valued resource for new music for you all. Please come back and find more new bands and weird music and senseless ramblings. Good luck in 2019 everybody. May you find all of the unsuckiest albums in the year ahead. 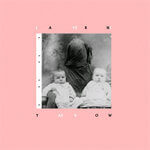 Laverne – Yarrow [Buy it on Amazon!]

This is my favourite new band from 2018 and yes, they’re from my city, but I assure you this is not a case of blatant localism. Blatant awesomeness is more like it. I should just end this whole thing right there. I honestly don’t think I can top that line. It’s all going to be downhill from here friends. That was my best material. My sincerest apologies to all the other bands on this list. You’re write-ups are going to be, in a word, dismal compared to this one. I really loaded this thing in heavy from the front end. That’s how we roll in the greatest city on earth, bar none. Go Canucks Go! 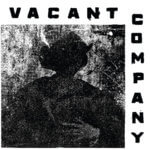 It was way back in January when All This Will Be by Closer came out, and I first predicted it would be a good year for hardcore. Since then I’ve been proven right on multiple occasions by multiple killer releases, but none nearly as killer as this. Truth is, it’s not even fair to just slap the hardcore label on this one. These guys are unearthing all kinds of sonic discoveries. They’re like explorers seeking out new civilizations in the Amazon of punk rock. The irony that this album is called Decolonize is not lost on me here. Look, there’s not a lot of room left to establish new styles in music these days. Vacant Company is doing it though, so please take notice. 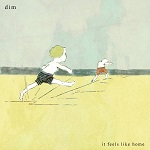 Dim – It Feels like Home [Buy it on Amazon!]

This came out in July, the same month as Vacant Company’s Decolonize, which is the only reason it wasn’t the best release that month. July was good for new releases. Even the 3rd best album that month just narrowly missed the top 10 this year. Half of North America was choking on wildfire smoke last summer and Dim was just making matters worse. You know, because this EP was straight fire son! You know what, I thought I had run out of good material but here we are. I’ve done it again. Writing like this doesn’t just happen you know. Seriously though, listen to track one without having your ass blown off. Go ahead, see if you can do it. 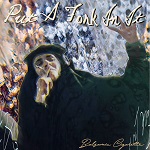 Balsamic Cigarette – Put A Fork In It [Buy it on Amazon!]

You can put a fork in this as many times as you want, it’s never going to be done for me. You can put a fucking pitch fork in this thing and it’s still gonna slap your ass off. This is the most punk rock thing I’ve heard all year. It’s a snarky, mouthy little shit of a protest record. No other release this year feels as reactionary and oppositional to American bullshit as this does. Like I said, it was a good year for hardcore. Maybe because it was such a shitty year to be a human. 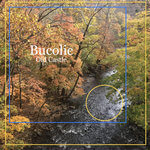 Bucolic – Old Castle
I’ve been listening to this a lot lately. When this came out I liked it and then I sort of forgot about it. Thank Jeezis I went back and revisited this because it’s quickly become my chill-out album for 2018. This is what I put on after a stressful day of work to tune out all the noise that is life. Nothing calms the nerves quite like fizzy bedroom lo-fi. These songs are a warm bath for people who don’t take baths. Baths are pretty gross if you think about it. I mean what are you doing? You’re sitting there naked in a tub. Grow up. 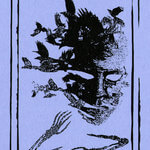 Apsurd – Derealizacija
Hey! Seriously grow up! Get out of the bath! It’s time for more hardcore! Oh man this pounds. I love this so much. I think this is the third time I’ve mentioned this record in the past 3 months. I keep yelling these lyrics out loud at random times throughout my day. What I assume to be the lyrics anyway. I have no idea how to pronounce these words or what they mean. I don’t even know what language this is. Is it Croatian? Is it Bosnian? Is it Serbian? Are those all the same fucking thing? I don’t know! Who cares!? WOOOOOO!!! Actually, I do care. If anyone knows please get in touch with me. 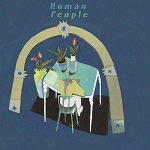 You know what? Butterflies do drink turtle tears. That’s some real life nature shit. I looked it up. Pretty sick right? Human people are sick too but don’t let that tarnish your opinion of this band. Is this getting confusing? Look, human people are gross. Non-human people? Also gross. Human People the band? Fabulous! Are we clear now? This album is a crash at the intersection of snotty indie rock and twitchy garage punk. This is one car fire you don’t want to put out. It’s a car fire guys! Gather ’round, warm your hands. Don’t breath it in though. 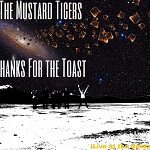 The Mustard Tigers – Thanks For The Toast
When I first heard this I loved it but it definitely didn’t strike me as a top-10-of-the-year type album. The more I listen to it though, the more helpless I am against it. It’s just too green, too much of a perfectly captured example of juvenile vitality to be ignored. This band of Wisconsin kids was only together for 2 years or so, and I have a feeling this is every song they ever wrote. Crudely recorded, and brutally performed in the most perfectly-unrefined way. If you were a teenager going to punk shows in the 90’s, this is going to be a glut of nostalgia for you. I know the band is done but I hope these guys cherish this album forever. 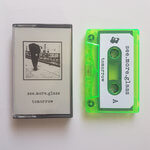 See More Glass – Tomorrow
I swear not every album with ‘Seymour Glass’, or some variation of that name in the title gets to be in the top 10. To be fair last year it was an album called Seymour Glass and this year it’s the name of the band. Two very different sounding albums, for what it’s worth. These guys are leaning a little more to the pulsating postiepunkie side of things. Also they’re from Germany and the other band was from the U.S I think. I’m not too sure, the album has since been removed anyway. Technically this is a re-release of an album that came out in 2016, but whatever, I didn’t hear it till this year and chances are you didn’t either. Moving on! 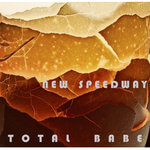 I think it’s only fair to mention that it was down to this album, and an awesome math album called Rough Edges by Bad Shapes, for the final spot on this list. It wasn’t an easy decision, but I had to go with New Speedway because it’s just faultless shoegaze. This album is big and has big bleary songs and the vocals are hardly above the surface. Perfect! It sounds like the 90’s or the 80’s maybe. Both I guess, but somehow current through and through. The shoegaze revival has been going on for a while now. A lot of bands are doing this genre, and not a lot of them are getting it right. Take notes rookie shoegazers. This is how it’s done.

ENDNOTES:
Hey, so if you found something you like on this list here’s what you should do:
Support these bands in any way you can, even if that means just telling your friends about them; Share this blog-post on your social media so others can discover these bands for themselves; Check out The Best Songs That Didn’t Suck in 2018 for more killer bands; Dig through the SCRAP HEAP for a mesmerizing amount of high quality releases from the past 2 years; Read this whole fucking blog; Write to me! Tell me stories! Share your opinions! Psychoanalyze me! I’ll post it! doesntsuck604@gmail.com ; Follow me on twitter & or Facebook for regular updates and other weird stuff; Keep fighting the good fight; That is all. See you next year.