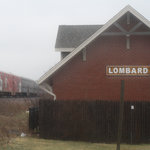 Sans Lorenzo – Lombard
(Midwest Emo) X (Northwest Indie Rock) ÷ (Post Punk) minus (Lorenzo) = A fecking dope-ass band. I can only imagine what they must sound like WITH Lorenzo! You know what this sounds like? Don’t answer that, it’s a rhetorical question. It sounds like raw potential. Not that they haven’t already achieved absolute awesomeness, but because if/when these guys put out another album, it’s going to completely blow my damn face off. There is a sad urgency to this that can only be fostered by the corn mazes of the midwest. Couple that with a totally new take on post-punk-emo and, I’m telling you, you’ve got something very special. I am totally stoked on this band right now and I don’t just throw around the word stoked indiscriminately you guys. Please Midwest Jesus! Send us more! 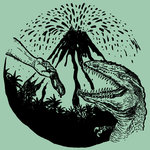 STOKED! This reminds me of something and I can’t remember what it was but goddamn I must have loved it. How could I not remember something that would have been so rad? I listen to entirely too much music. That’s my problem, but I can’t stop. I’m in too deep. Speaking of deep, these songs are like the fucking Atlantic ocean in that regard. You know what, with writing like this I’m surprised the New York Times isn’t knocking at my door. It’s just a matter of time I figure. Or should I say times? Get it times? If this was a real life conversation I’d just be staring at you with a vacant look in my eyes right now. Anyway, obviously this band jumps. Get outa here and go listen to it ya little rascal. Actually wait. Don’t go yet. Read the rest of this first ya little rascal. 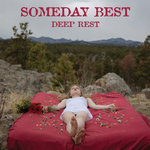 Remember that Braid song that said “slow as Rapid City”? That’s what always comes to mind when I think about Rapid City. What a great lyric too. This band doesn’t necessarily reflect the ironic slowness of their home town though. They’re slow at times but overall rather jumpy, and I imagine they’re literally pounding life into the kids of Rapid City, one frazzled indie punk jam at a time. Another thing I always think of when I hear about that city is how the Bouncing Souls had their alternator die somewhere between there and Mankato Minnesota, or so the story goes in that one song, whatever it’s called. Also, Rapid City is a cool-name for a city. It just sounds badass right? RIGHT? Thought so. There’s a song on here called Girls Of Summer. Don’t worry, it’s not what you think. Or is it? No, it’s not. Right? Wrong. Maybe. No. 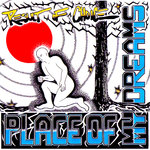 I hope you don’t need to sit down for a while cuz you’re about to get your butt slapped off dood. If you turn this up loud enough a circle pit will form no matter where you are, so use caution. For example, I would not start blasting this at your local lawn bowling club unless you wanna find out what it’s like to get an elbow to the chin from a senior citizen. When it comes to hardcore, I’m not really about that crossover metalic shit. I like the classic sound, so this is really hitting the spot for me. It’s not the hardest of core but it slaps all the same. Protect your posterior. 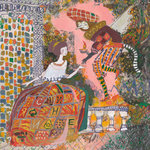 Surprise surprise, it’s another Russian band. How do you say ‘The Doesn’t Suck’ in Russian? I’m thinking of making a few changes around here. I need to be drinking more vodka too. You know, for research. I think this is the second band from Yakutsk I’ve featured on the blog which comes as no shock because I know there is a fierce underground punk scene happening there, and it is in fact considered the coldest major city on earth. It all makes perfect sense. Cold + angry kids = angrier kids = punk rock. It’s simple arithmetics. This is some foggy shoegaze punk too and I love that trend, especially when it’s executed in this way exactly.

ENDNOTES: My apologies to all the bands featured in this months top 5. Usually my writing is absolutely immaculate, Shakespearean even, but I kind of half-assed it this month. I’ve got a lot on my mind ok. I’m getting married like next weekend and it’s freaking me the feck out. I’m having a lot of weird wedding dreams. I’m finding it hard to focus on much of anything, but I still feel inspired enough by these albums to throw this top 5 together, so I hope everyone finds something they like. Umm there is a cellist named Gordon Withers putting out an all cello all Jawbreaker covers album on August 6th, so work that into your life somehow. I’m hoping I can work it in to my wedding ceremony. Yo! Check out the SCRAP HEAP for a crap-load more great releases from this month. Keep listening to weird bands and supporting them however possible. Keep telling your friends this is your favourite new music resource, and most importantly: keep on fighting the good fight. Oh! & follow me on twitter to have lots of fun conversations with me an a bunch of other music nerds. @SteveDoesnt