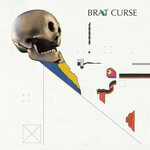 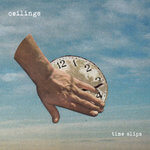 This just in: Winnipeg sucks. Just kidding, I’ve never been. I hear it sucks though, which is probably why a lot of great bands come from there. Well, at least one great band has come from there. Two now. And one Burton Cummings, who, lets face it, has the most beautiful voice this side of heaven. I’m not even being sarcastic this time. The man has the voice of a saint and the mustache of a god. You know what, fuck this band, I’m gonna go listen to some Burton.

Ultrasurf – Ideas Vacías
Holy hell, watch your step, the rhythm is relentless over here. You can’t stand still to this unless you’re dead, and if you’re dead, what business do you have standing on your feet anyway? Lay the fuck down you creepy corpse, so we can roll you into a corner and deal with you later. Man, this is some energetic surfy post punk en espanol. It reminds me a bit of a Swedish band called Terrible Feelings only more agitated. Is Spain more agitated than Sweden? It probably is. I mean I would assume so. What the hell does Sweden have to be agitated about? Peace and serenity? Feck off. Hey, what the hell am I even talking about guys? 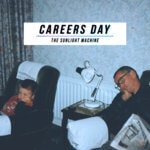 The Sunlight Machine – Careers Day  [Buy it on Amazon!]

Somehow this young lad is channeling the vocal chops of Frankie Stubbs and absolutely doing it justice. You hear the resemblance right? I think he might be possessed by Frankie’s ghost, which is strange because Frankie’s still alive. Ok I’ve got it: This is Frankie Stubbs’s son. Haha this guy’s gonna read this like “who the feck is Frankie Stubbs?”. You should be ashamed of yourself for not knowing who Frankie Stubbs is. At the moment this post is not yet the top google search result for “Frankie Stubbs” but now it is.

Lindenwood – Die With Me  [Buy it on Amazon!]

No time to get your ass rocked off? I know how it is. Life is demanding and we’re all just doing our best to meet those never ending deadlines. The good news is, you can now get your ass rocked off in four easy songs. That’s right, if you have fifteen minutes, you have time for a whooping thanks to Lindenwood, the Filipino band named after a tree that does not grow in the Philippines. I’m 100% assuming that by the way. I’m not a goddamn arborist, but I’m pretty sure that is a tree and it doesn’t grow in the Philippines. If you know that to be false, please keep it to yourself. Why can’t you just let me have this?

ENDNOTES: If this months write-ups are making even less sense than usual (is that even possibe?) it’s because I’m sick and maybe a bit high on Buckleys. I’m not feeling this at all right now so let’s just skip to the part where I tell you to check out the SCRAP HEAP for a whole lot more new releases from this month, and keep fighting the good fight, keep listening to weird music, and supporting weird bands and tell your friends this is your favourite new music resource and so on and what have you. Bye.