Córdoba Argentina has a place called Isla De Los Patos, which translates to Island of the Ducks! Now if that’s not reason enough to go there (and it is btw) then there’s also a lot of sick bands, including Mizuki Amapola. Their EP is called Pájaros Azules, which means Blue Birds (hmm). In these songs you will find a wicked scream and a gentle whisper. Normally that would be enough to win me over but it doesn’t stop there. It’s also extra rad as well as dope. If somebody offered me a bedroom punk record, this is exactly what I’d be hoping to hear. Super catchy, melodic and indie-twinged. It makes me want to show off my dance move. Yes, it’s just the one move, but it’s really something guys. In a word I would call it both stunning and inspirational and elevating and confusing. Which is odd because most things I do are not confusing at all.

Cassels – The Perfect Ending
Be warned, there is some HEAVY subject matter here. If you really want to take a minute to reflect deeply on some of the more fucked up aspects of society, in a very gut-punchy kind of way, well this is your band. Wash it down with a stiff drink cuz it can be hard to digest, but holy frick is it good. I wouldn’t want to have it every day, but when you’re in the mood for something potent and severe, this is gonna hit the spot. It’s like the thinking mans alt punk with all the angles, all the maths and all the attitude. It’s quite unlike anything you’ve heard before. The talent level out of these two lads is nothing short of astonishing. I’m trying to think of something funny to say and I can’t. This album got me in a really serious mood. I’m feeling dumb as fuck too cuz I’m pretty sure these kids are half my age and twice as intelligent.

Red Room – Call CAA Now
For those of you who aren’t Canadian, CAA is the Canadian version of AAA, which stands for Against All Authority. CAA stands for Commence All Authority. They were not the most popular punk band. The whole thing was a little unfortunate actually, but we all learned a valuable lesson. Why does a sick-ass band like Red Room want you to call CAA though? That’s the part I don’t understand. How do you even call a band that doesn’t exist anymore? Last I heard, the members of CAA were all in hiding. Anyway, I guess Red Room is no longer a band either. This is supposed to be their final release? That sucks cuz this is some grouchy-ass hardcore done to perfection.

Killcult – Self Titled
I first read this as KillCUT which would have been a marginally more rad name, but Killcult gets the job done. Either way you’re going to get killed. This is murderous music. Homicidal if you will. It hearkens back to a deadlier time in punk. The violent sensibilities of early hardcore blended lovingly with the attitude of first wave snarl. You know what, I am really coming into my own as a writer, don’t you think? Anyway, look at this gnarly album art. It’s a goddamn spider on a skull. That’s a nasty looking spider too. A throwback to a time when skulls and spiders were edgy, and tattoos were cool. Oh you don’t think tattoos were cool in the 80’s? Well I have three words for you: Aaron Neville’s face. 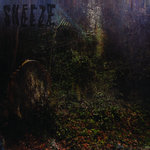 Sneeze – Fin
Let me tell you, there are some real ear-worms on this album. Especially track one. I’ve had the hook stuck in my head for weeks now: “DYYINNNG CHILLLLDRENN”. Needless to say, I’ve been getting some funny looks from my co-workers. I work at an orphanage by the way, so the orphans were getting a bit weirded out too, at first, but now I’ve got them all singing along Oliver-Twist-food-glorious-food style. It’s really quite something. Yo, this band is called Sneeze, lol. You’ve got to respect the name choice. I’m so curious about how they settled on that though. Were they sitting around like “What are we gonna call this band?” and then one guy sneezed and they were like “YES! THAT’S IT!” Look, the name is actually pretty good, but that’s beside the point: the music here is of the unsucky nature. 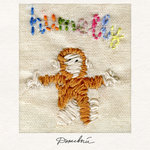 ENDNOTES: Oh isn’t it nice, the weather is changing! Yeah, from really good to really shitty. Oh all of the leaves are turning beautiful colours! Yeah, because they’re dying and soon going to fall off and blanket the neighborhood in a soggy layer of decaying biomass. Yay now we can wear our fall outfits! Ok I’ll give you that. At least it’s leather jacket season. I heard a song recently called “Leather Jacket Season” but I can’t, for the life of me, remember who it was by. It’s probably in the SCRAP HEAP somewhere, so be sure to poke around in there a bit. Wear gloves though, and poke from a distance with a stick. Thank you for reading another Top 5, and I’ll thank you in advance for continuing to support underground music. Please tell all your friends this is your favourite new music resource and the best place to find weird bands. Follow me on Twitter (@SteveDoesnt) so you can join in all the fun music conversations I have with my followers. Also, please don’t pretend you’re happy it’s fall. Can we all just be honest this year? Fall sucks! Bye.