Tenpera – Business
You don’t need to have a lot of words in your songs to make an impact. Not on my simple-minded self anyway. What this lacks in diction, it makes up for in unconstrained attitude fool. Wow, sorry, it’s just got me in that kind of mood you know. This album is a mood in itself and I’m not just saying that to sound cool. Ok fine, I am. [the rest of this write up has been redacted because it was too stupid] 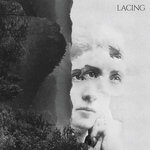 Lacing – Without
You know how you’re glad something’s back, even though it never really went away? That’s how I feel about shoegaze and seriously, don’t DM me on this, but it’s better than ever. I admittedly missed out on the first wave though. I was too busy with important things like collecting hockey cards and wearing Ghostbusters sweat pants. Which wave of shoegaze are we on now anyway? I want to say third wave? But then what was the second wave? I wouldn’t know cuz I was too busy learning how to kickflip and wearing Ghostbusters sweat pants (which were a little tight by then let me tell you). Obviously I don’t know wtf I’m talking about with respect to this particular genre. I’m working on that, but I do know what I like: my Ghostbusters sweat pants, and also this band Lacing. Their new album will lull you into a warm foggy hypnosis only to shock you awake by dumping a bucket of ice cold static on your head. Terrifying yet refreshing. Just like Ghostbusters sweat pants. 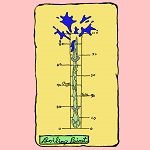 Dog’s Tale – Boiling Point
This is the one I keep coming back to. You can always tell when someone has a natural knack for something. For me, as you can see, it’s exquisite literature of the highest caliber, bordering on the likes of Tolstoy, or dare I say Nabokov. For the young lass in Dog’s Tale, the knack is for songwriting. Are we ok to use the word ‘lass’ nowadays? What if I’m not Irish? I’m assuming it’s ok in Ireland or Scotland. They’re allowed to say ‘cunt’ too. Or is that Australia? Probably both. Imagine living somewhere you can just throw around the word ‘cunt’ without offending anyone. The world is not all bad afterall. Anyway this feels like the early stages of an incredible band. I can hear them sussing things out a bit still, but the guts and the talent are palpable. Here’s hoping there’s more to come. Keep them on your radar. 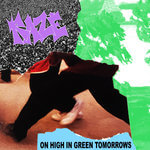 Raze – On High In Green Tomorrows
This is some sicc Toronto hardcore, but as a citizen of Western Canada I am bound by law, and cannot move forward with this write up until I make clear to all readers that Toronto does indeed suck and so does their hockey team. Having said that, I am now required by the province of British Columbia to denounce all association with our neighboring province of Alberta. Though we have a shared hatred of all things Toronto, us as British Columbians are not cowboys, or oilers and the Flames suck. Ok, now we can move on. Yeeee hawww! Giddyup! This album jumps! 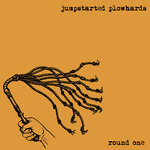 Jumpstarted Plowhards – Round One
At first I was all “Meh I don’t know if I’m super feelin’ this whole album”. Then I had a complex inner-battle about whether I should put it in the top 5 anyway, just because it has the guy from The Underground Railroad To Candyland (a band I really like). In the end I decided I would just force myself to like the whole album, and a funny thing happened. When I listened to it the second time, suddenly it was way more awesome than the first time, and if I remember correctly, I had the same experience with Underground Railroad. It’s hard to remember anything correctly though, if I’m being honest. Ever since the procedure.

ENDNOTES: So October was cool. I turned 37 but I thought I was turning 36. That’s like thinking it’s Friday when it’s only Thursday but a lot worse. I’m going on vacation from November 6th to 22nd which means there won’t be a DOESN’T ENGLISH for November and there won’t be any activity on twitter. To the three people who are mildly disappointed by this news, I apologize but not really. Thank you friends, for reading this month. I hope you find something you like. I mean, if you don’t like at least one of these releases then I have to say, you’re not very good at listening to music and you might need more practise. Please keep supporting underground bands and telling all your friends this is your favourite new music resource. Oh and don’t forget to follow me on twitter and check out the SCRAP HEAP for a ton more great releases from October. Yeah bye.