It doesn’t matter how shitty things are, the music never suffers. In fact it thrives! The past year was, of course, the ultimate test for this theory and once again it’s proven true. That’s the thing about punk and punk-adjacent music; the harder things get, the more vital this stuff becomes. It’s always been there, tying tethers around the ankles of the toxic giants and, if we’re honest, we barely cause a ripple in the ocean of poison that fuels this planet. Don’t ever let anyone tell you we never change anything though, because what this music is doing is building a mentality. A mentality that grows stronger with each generation. We will never back down. This shit is unrelenting.

It’s been a weird year, a tragic year, a depressing year. Next year, with any luck, will be a little more “normal”, but whatever happens, the spirit of this music will never waver. It will live on far in to a future where kids are playing glow in the dark lazer flutes and brainwave-controlled moon drums. They’ll be playing that shit hard though. You’re gonna feel the pain and the rage and the love. No matter what it sounds like, it will always be punk.

Onward to the top ten! 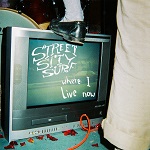 Street Sity Surf – Where I live Now  🇺🇸 Portland, ME
Typically these lists are in no particular order but, between you and me, this is my favourite release of 2020. I knew it would be since I first heard the opening track all the way back in February. Remember February?! Haha oh how innocent we all were back then.

Cursetheknife – Thank You For Being Here  🇺🇸 Oklahoma City
Jumping from February all the way to November. Oh how defeated we all were by then. Who would have thought nine months could deliver such a whooping to our collective ass. That’s right we’re all in this together and we all share the same ass. This album actually came out in two parts which I find irritating so I downloaded both of them and combined them to make one sensible album.

Gatsu – Inner Struggle  🇨🇱 La Florida, Chile
Gatsuuuuu! Man this thing jumps. It’s not often these days you hear a hardcore record with such relentless vocals. Relentless is maybe an understatement. Does this guy even breath? Does he require oxygen at all? He probably needs to lay down and take a short nap after every song when they play live. I’m not mad at that at all. There should be more napping at hardcore shows. 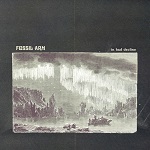 Fossil Arm – In Bad Decline 🇺🇸 Austin, TX
There is not so much as a hint of positivity on this album. Most of these songs are about being brutally crushed by the weight of the world. Isn’t that wonderful! If you’re not currently in bad decline, these guys can certainly get you going in that direction. It’s strange though, because the band themselves are not in bad decline. They are anything but. They only disseminate the declination that is bad. They are the vendors of the bad decline. Get it while it’s hot.

Laverne – Lack Of Vocation 🇨🇦 Vancouver, BC
I’ve been singing the praises of this band for a while now. Their first full-length Yarrow was my number one album back in 2018. Obviously I was pretty hyped when a new one came out. This sort of behavior often leads to disappointment. I’m not the type of person to just automatically like an album because it’s by one of my favourite bands. I do genuinely like this album though, a lot. I’m still not sure how to describe the guys voice. I’ve been going with “sarcastic”. I don’t know if that’s accurate though. Anyway it’s just dripping with attitude. Oh fuck I described someone’s voice with the word “dripping”. This is disgusting.

Deaf Chonky – Harsh 🇮🇱 Tel Aviv, Israel
What do you call it when a bands name is kind of the best way to describe their music? Some sort of musical onomatopoeia? I don’t know but I think you’ll agree this band, if not deaf, is most definitely chonky. And the album is called Harsh, which is also an accurate description. It’s not harsh-noise though. Maybe this is getting a bit confusing. Let’s just stick to chonky. It’s just chonky ok. That is the most clear and non-confusing way anyone could possibly describe this music. 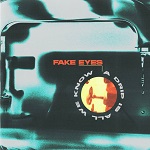 Fake Eyes – A Drip Is All We Know 🇺🇸 Charlotte, NC
The new Hum album came out in June to great acclaim and a month later this little EP dropped and I was like “Hum who?”. Sure that’s a big statement and the new Hum album is pretty amazing but I’m telling you, these guys can hang. I strongly advise you to keep an eye on them. Watch, now that I said that they’ll never release anything again. Thanks a lot Fake Eyes. Another one of those killer releases out of North Carolina btw. What is in the water there? Hold on, I’ll look it up.. Ah ok, hexavalent chromium and vanadium, that’s what’s in the water. 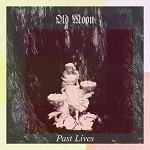 Old Moon – Past Lives 🇺🇸 Lyme, NH
When it comes to new wave and it’s surrounding genres I’m pretty picky. It has to be dark but not too dark. It has to be moody but not too moody. Ok it can be too moody. Has to be guitar driven. Has to have the right style of vocals. Has to have some post-punk or shoegaze vibes. Has to sound like what walking in the rain and/or fog would sound like if you put it into a machine that converted it into music. And it has to invoke feelings of nostalgia, wistfullness and melancholy. In other words, THIS. 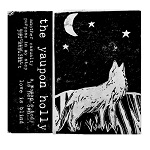 The Yaupon Holly – Self Titled 🇺🇸 Gainesville, FL
I recently learned from a friend in Florida that a Yaupon Holly is some kind of shrub or bush. I saw a picture of it and I gotta say, as far as holly goes, that shit is kind of uninspiring. I mean the leaves aren’t even prickly. I hate to be a holly-snob but I was raised to grade a holly bush based on how prickly it’s leaves are. LISTEN! If you’re a holly bush.. right.. RIGHT? and you haven’t a single prickle ON YOUR LEAVES.. What in THE ACTUAL oohhh.. Ok I’m gonna take a little break and come back to this. . Ok I’m back. We’re good. They may not be what a holly tree should be but they are exactly what a post-hardcore band should be. I heard they only had one show and then covid happened. Here’s hoping they come back.

Well.. That’s it my loyal reader(s). These are the best relatively lesser-known albums of 2020. I mean as far as my opinion goes they are. If you’re not satisfied with this list, you should make your own. You should always keep digging for new bands. There’s literally thousands of them popping up every year. Be careful though. Most of them are fucking horrible. If you want to skip the part where you listen to all that bad music, you can check out the SCRAP HEAP where I try to weed out all the duds. Anyways, happy hunting everyone. Keep on fighting the good fight. I hope your 2021 is normal af. Follow me on twitter @SteveDoesnt and join the Doesn’t Suck Facebook group!