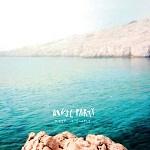 Houseparty – Keep It Simple [Buy it on Amazon!]

Holy ravioli this is good! You may remember this band from the Weird But Wonderful Song Titles Department. They’ve made a few contributions. Check out the song titles and you’ll see what I mean, but don’t forget to check out the music too cuz this is awfully nice. It’s Indie-punk on a surf board from Germany. Is there even surfing in Germany, you ask? Hey, they have an ocean don’t they? The Great German Ocean I believe it’s called. As I’ve said before, I would ask that you please not fact-check anything you read on this blog. I’m highly intelligent ok. You can trust that all of this is accurate. Going back to the song-title conversation; Is it not true that “I’ve Got 99 Problems And Calling A Woman Bitch Is One” might be definitely the best song title of all time, and will be for forevermore? I don’t see how it could be topped. Gosh this album is choice af guys. 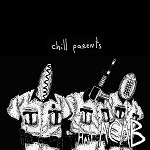 Chill Parents – Hail ACAB
Oh man, you know I’m a sucker for haunted sound clips being mixed into songs. There’s plenty of that going on here. Also plenty of straight up punk rock with cut-throat vocals. I have to confess I used a thesaurus just now to get ‘cut-throat’. I was originally going to say “killer vocals” but it made my tummy hurt. It came down to either ‘cut-throat’ or ‘assassin’. To be honest, I’m not sure if either choice was the right choice.. The whole “straight up punk rock with cut-throat vocals” part of that sentence is starting to make me sick actually. This is not going well. My sincerest apologies to Chill Parents for giving you such a dumb review. This one really got away from me fast. I have one like this every month. This month it was you. I’m sorry. Great album though. Amazing actually. 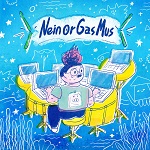 Nein or Gas Mus – Self Titled
In a word, these lyrics are mystifying, but as seemingly nonsensical as they might be, I think there are some real messages to be deciphered here if you listen hard enough. The 2nd track for example (confusingly titled ‘1st’) is quite likely a protest song about guns. You can make what you want of it but I’m finding it highly contagious. Track 3 seems to me like a comment on the media and technology, and have you ever heard a lyric more profound than “this world is sucks sensitive”? Show me one and then I’ll believe you. It may seem a bit comical at first, but in my opinion, the weirdness of their lyrics only adds to what is already a totally bonkers band. You’ve got this sketchy emo math thing going on. It starts and stops on a dime. Male/female dual vocals, songs structured in a way I’m pretty sure I’ve never heard before. This is the musical equivalent of a squeaky mouthful of silly putty. I think this EP might actually be able to unhinge whatever scrap of sanity you’re holding on to. Proceed with caution.

The description on Bandcamp compares this guy to Conor Oberst which is a dangerous thing to do. Right away the listener is thinking “this better be goddamn incredible”. Well, I gotta say, it kind of is incredible. I mean if he can write about 20 more albums like this, we MIGHT be able to validate that comparison (probably not). Really though, this is the kind of songwriting that can only happen naturally and only if you’re rather gifted. Erik Withak has the gift. Or so it would seem. I’m pretty sure he does (maybe). I’ve already added one of these songs to my best-of-the-year list. I won’t say which one, but I will tell you this: It’s called Life On Lease. Man that’s an assassin of a song.

Hinny – Half Dairy Air
Michigan punk rock reminiscent of some mid 80’s indie rock. All instruments played and recorded by one guy named Josh, which I think officially makes him the most talented Josh of all time, and yes, I’m aware of Joshua Jackson from Dawson’s Creek. It’s close but this Josh is better. Definitely better than that bum Josh Homme. Probably better than Josh Ritter too. Not quite as appetizing as roghan josh, but possibly a better hockey player than Josh Gorges. Hey, if you’ve ever wondered (and I know I have) what a cabbage patch doll would look like as an interpretive dance marionette, you should check out Hinny’s music video for Gotta Give Up. I was a little concerned for Josh after watching it, but then I realized, who am I to be projecting psychosis? Have you read my blog? Clearly I should talk to someone.

ENDNOTES:
Be sure to check out the Scrap Heap section for links to all the releases that were in the conversation for Top 5. There’s loads of good stuff in there!

“Thicc Melky Mommi G0th Girlfriend”
“A List Of Reasons Why I Need To Shut The Fuck Up”
“Lemon Ice King Of Queens”
“Look Mom I’m On A Horse”
“Finding Porn In The Woods”
“General Malaise Reporting for Duty”
“What Books Would Jesus Burn?”
“Sorry Vince McMahon, I Can’t Come to Your Gig Tonight, Maybe Next One?”
“Farted On My Favourite Shirt”
“Late Night Testicles”
“Very Pain Such Problem Many Hurt”
“One of the Perks of Being a Well​-​Known, Albeit Ineffective, Superhero”
“Your Cat Will Eat You When You Die”
“It’s Not The Size Of The Knife That Matters, It’s The Memories You Make”
“My Desire For You Is Stop Being A Fuck Wad”
“I Wanna Love God In A Gay Way”
“I (think I’m turning into my) Cat”
“I Got 99 Problems And Calling A Woman Bitch Is One”
“You Are The Gravy To The Mashed Potato That Is My Heart” 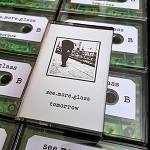 See More Glass – Tomorrow
Strangely enough, I had an album by the name of Seymour Glass in my Top 5 back in July of last year. It was by a band called Local Programming. That album has been removed from bandcamp without a trace (good thing I downloaded it when I had the chance). As far as I know, the two bands have nothing in common, other than a shared affinity for the Seymour Glass character from the J.D. Salinger short stories, which I can’t even speak to because I’ve never read them. These guys didn’t even spell it right. I guess we can chalk that up to them being German. At least I think they’re German. I definitely detect an accent, which for some reason, reminds me of a hella-rad Japanese band called Segwei. Am I the only one who thinks Japanese accents and Eastern European accents sound a lot alike when filtered through punk rock? Crap, I just noticed this is the second pressing of the album. It was originally released in 2016. Whatever, I’m pretending it just came out. I already wrote this whole thing.

Possum – Come Down
These guys are from Leeds, and I wonder if that’s in the midwest of the UK cuz their band is definitely in the midwest of emo. Isn’t it weird how England is doing midwest emo better than the actual midwest these days? What else are you going to steal from the midwest? That’s correct, there is nothing else in the midwest to steal, unless you’re planning on getting into the corn game. Look, maybe we should stop coming up with regional-specific genres, because it just gets confusing when a band from New Jersey starts playing New York Hardcore. Like wow, get your own hardcore on that side of the river guys, and England should stick to Piccadilly Emo. That would be a shame though cuz then we wouldn’t have Possum, and this EP might be some of the best midwest emo I’ve heard in a while. Step your game up Indiana!

Fingerpaint/Hanger – The Sounds Of Parents Fighting (Split)
[Buy it on Amazon!]

Oh, you’ve been sleepin’ on Delaware huh? Well wake up loser! I’m sorry, I don’t think you’re a loser. You really should clean your room though. No, you can’t have a Pepsi. Who drinks Pepsi anyway? Get your life on track. No YOU’RE the one that’s crazy! Anyway this might be the first time I’ve had a split on my Top 5. Clearly both of these bands are bringing their A-game. Why else would I be making such a big deal about Delaware? The way I see it, if a split comes out of Delaware and both bands are this dope, how can every other band in Delaware not be equally as awesome? I’m no arithmatician, but I’m pretty sure that is 100% logical on my part. I suppose you’re wondering what it sounds like at this point. Well you can go ahead and listen to it. What do I look like, some kind of music-discriber? I’m sorry I’ve been so hard on you today.

Weedhawks – Cold Beer Weedhawks & Mountaineers
Oh man, I hope you don’t have allergies cuz this stuff is dusty. Dustier than a chinchilla bath. Dustier than your dashboard after driving all day on a dirt road with your windows down. Dustier than that kid from Stranger Things. Honkier than a Canada Goose and Tonkier than a.. umm.. What is a Tonk anyway? I don’t really know, but I’m pretty sure this album has plenty of it(them?). It’s twisted up, a bit gnarled, old-timey, liquor soaked, soggy-woggy, twangy-wangy, oogie-boogie, fiddly-widdly.. I’ll stop. Sorry I always have a hard time describing this kind of music. Are you getting the gist here? It’s countrty-folk-punk I guess. I don’t want to say cowpunk because I hate that word(hybrid) and I don’t even know what it is, to be honest. I feel like I would be insulted if I had a band and someone called it cowpunk. If you found this post because you googled “soggy-woggy” I have a feeling this is exactly what you were looking for.

There’s nothing worse than when a really great band is playing on a Sunday night. Wtf am I supposed to do with that? Not go to it, that’s what. I’m a grown up now; I gotta get up early on Monday. It’s a shame too, because this band sounds like they would be completely stupefying live. Like just a wall of flossy noise slowly closing in on you à la Deathstar trash compactor, you’re just standing there like a fool, mouth agape, and just at the last minute when you think you’re about to be squished like an insect, the walls actually consume you and you’re now living within the walls. The walls being the music btw, incase you lost my metaphor. I swear I’m not on drugs right now. I just drank some A&W Rootbeer and ate half a bag of Takis. Hey, you guys are into Takis right? I can’t stop with these Takis, for real. Seriously, I’m not on drugs.

ENDNOTES:
There were a ton of great releases in March. It was tough to narrow it down, so make sure you check out the Scrap Heap section for links to all the albums and EP’s that were in the conversation for Top 5.